Our holiday tables might be a little smaller this year, but they needn’t be short of interesting and thought-provoking discussions.

Here are some facts and questions which highlight why the 17 United Nations Sustainable Development Goals (SDGs); also known as Global Goals, should matter to Calgarians. Share and debate them with your family and friends – sitting next to you or joining you via Zoom.

Goal 1: No Poverty – 189,000 Calgarians live in poverty.
Where and how have you seen or experienced poverty in our city? Do you think its hidden or visible?

Goal 2: Zero Hunger – 1 in 5 Calgarians worry about having enough money for food.
When you go grocery shopping, how closely do you pay attention to the increases and decrease of the prices of your food basics?

Goal 3: Good health and well-being – In Alberta, 18 per cent of the population – about one in five people – don’t have a regular doctor.
Do you think the frequency of doctor visits is impacted by having or not having a regular doctor?

Goal 4: Quality education – 20 per cent of Calgary youth do not complete high school on time.
Why do you think academic performance vary among school districts and communities in Calgary?

Goal 5: Gender equality – In Calgary, women make only 63 per cent of what men earn. The gap is even wider for Indigenous and racialized women.
Are you surprised by how high wide the earnings gap is between men and women? Why or why not?

Goal 6: Clean water and sanitation – ~60 Indigenous reserves in Canada are under long-term drinking water advisories, half of which remain unresolved after more than a decade.
Do you know the two sources of our city’s water?

Goal 7: Affordable and clean energy – Approximately 91 per cent of electricity in Alberta is produced from fossil fuels.
How different would your day be if you didn’t have electricity?

Goal 8: Decent work and economic growth – 1 in 2 Calgarians worry about not being able to save for the future.
Do you have a rainy-day fund? How long can it sustain you?

Goal 9: Industry, innovation and infrastructure – Approximately 19 per cent of small businesses in Alberta are at risk of closing due to COVID.
How important is it to have a diversified economy?

Goal 10: Reduced inequalities – 1/2 of Calgary’s Black and 1/2 of Calgary’s Indigenous population believe Calgarians are not accepting of people from diverse backgrounds.
Have you ever experienced or witnessed discrimination against someone? How did it make you feel?

Goal 12: Responsible consumption and production – In 2019, the average household in Calgary produced 350kg of garbage.
Do think you’re a responsible consumer? Why or why not?

Goal 13: Climate action – Alberta has experienced the three most costly disasters in the country’s history. The Fort McMurray wildfires at $3.58 billion, Alberta floods at $1.7 billion, and Calgary hailstorm at $1.2 billion in damages.
What are some ways you think your community will be impacted by climate change?

Goal 14: Life below water – Almost all the water that is removed from the Bow and Elbow Rivers for use in Calgary is returned to the Bow River system after treatment in Calgary’s wastewater treatment plants.
In your opinion, what is the biggest threat facing Alberta’s fresh water resources today?

Goal 15: Life on land – There are currently at least 41 Threatened or Endangered species in Alberta, 15 of which are listed by the province and 37 by the federal government.
Can you name any of the species on the threatened or endangered list?

Goal 16: Peace, justice and strong institutions – Calgary, a city of ~1.2 million people, currently has only one Indigenous liaison officer who is responsible for improving relationships between police and Indigenous residents.
Why is greater representation of Indigenous People and minorities important to have in our Judicial system?

Facts shared in this article are from: 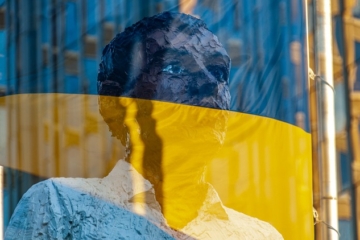 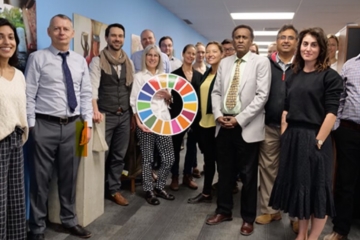